Anthropophagic Re-Manifesto for the Digital Age

In 2009 I started writing the essay Digital Anthropophagy and its companion piece, the manifesto-poem Anthropophagic Re-Manifesto for the Digital Age. Being an artist from Brazil, I could not escape the cultural mystique of ‘Anthropophagy’. For those unfamiliar with the term, the etymology has a Greek origin dating back to the mythological Kronos (Saturn) eating his own son – ‘Anthrōpophagia’: ‘Anthropos’= human being + ‘phagein’= to eat, i.e., an eating of a human. The words ‘Anthropophagy’ and ‘Anthropophagus’ were transplanted by the European conquistadors in the late 1400s/early 1500s to the land masses renamed ‘America’ and ‘The Caribbean’ at the onset of colonialism. Starting at this period, some native ethnicities of the ‘Amerindian’ populations have been described as practitioners of ritual Anthropophagy and/or Cannibalism. ‘Cannibalism’ itself supposedly finding its root in a misspelling or ironic naming – ‘Canib’[iii] – by Columbus when describing the Carib people of Antilles/Caribbean Islands during his navigational enterprises between 1492-1504.

In 1928, Oswald de Andrade devoured Brazilian colonial history itself writing the ‘Manifesto Antropófago’, an adjective form of the term, meaning a Manifesto that possesses the agency to eat. The proposition of the Brazilian Moderns was to devour what comes from outside (‘First World’ novelties), absorb their useful ‘otherness’ in order to output something uniquely Brazilian. Thus ‘Antropofagia’ is appropriated and forever transformed in the 1920s São Paulo into a Brazilian avantgarde. Antropofagia is considered by some critics to be perhaps the only true Brazilian artistic canon. The concepts of this cultural icon have inevitably impregnated my own artworks, especially in my condition of migrant since the age of 19, living in a constant state of becoming ‘other’ somewhere. 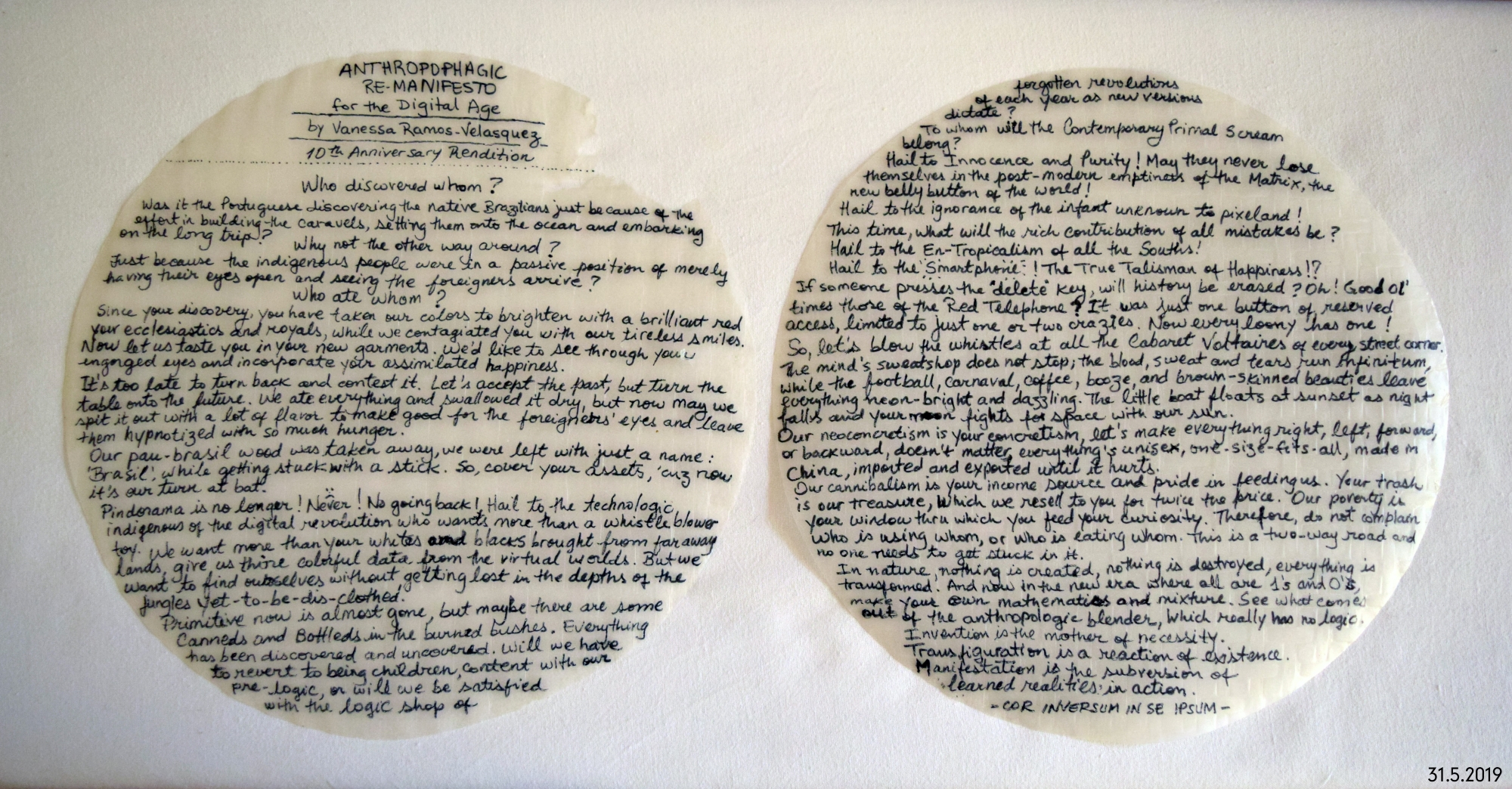