The ‘ECI Day 2016: Forging Change’ conference brought together policy makers, academics and civil society representatives to discuss how to maximise the effectiveness of the European Citizens’ Initiative (ECI), the EU’s only mechanism of participatory democracy, within its existing rules. Since 2012 these annual conferences have brought together a significant number of interested parties to evaluate the performance of the ECI and look to its future. Through a series of workshops and plenary sessions during ECI Day 2016, participants from diverse backgrounds interacted to produce a number of conclusions that will hopefully be used to inform the future development of the ECI tool. This review focuses on how the representatives of the EU’s institutions, academics and civil society representatives collaborated to create a productive environment and reach a clear conclusion to the proceedings. This was a strength of the conference that will hopefully contribute to ‘forging change’ for the ECI, though resistance to reform from one key stakeholder remains an obstacle. 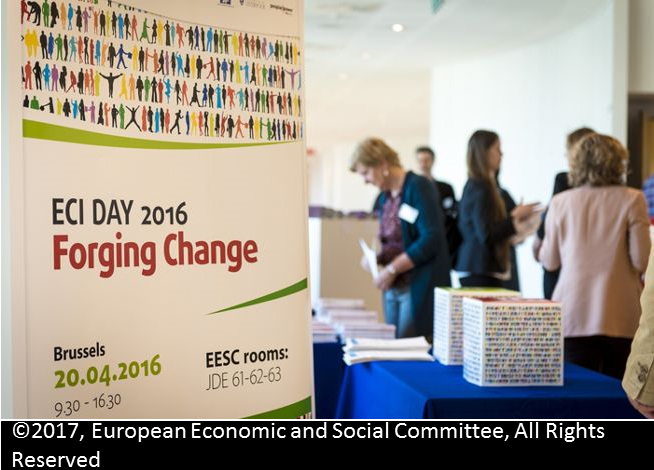