One of the most serious problems confronted by the shrimp farming industry is the disease caused by the yellow head virus (YHV). This research proposes an image processing algorithm to detect, identify and eliminate shrimp with the yellow head virus from the Litopenaeus vannamei gathering lines. Using a Raspberry Pi 3 module with the support of the OpenCV library which may be associated with Niblack’s algorithm is primarily suitable for segmentation. First, the shrimp object was identified and separated from the background using the image segmentation technique and the boundary that surrounds the object. Then, identification of diseased shrimp was analysed based on colour threshold. In this study, the sample of shrimp disease group had the highest amount of ratio, with about 6% to 11%. Most of the samples without the disease had a ratio of 0%. The experimental results show that the system can identify and accurately determine the coordinates of shrimp with yellow head virus disease and send information to the shrimp classification system in the food industry. 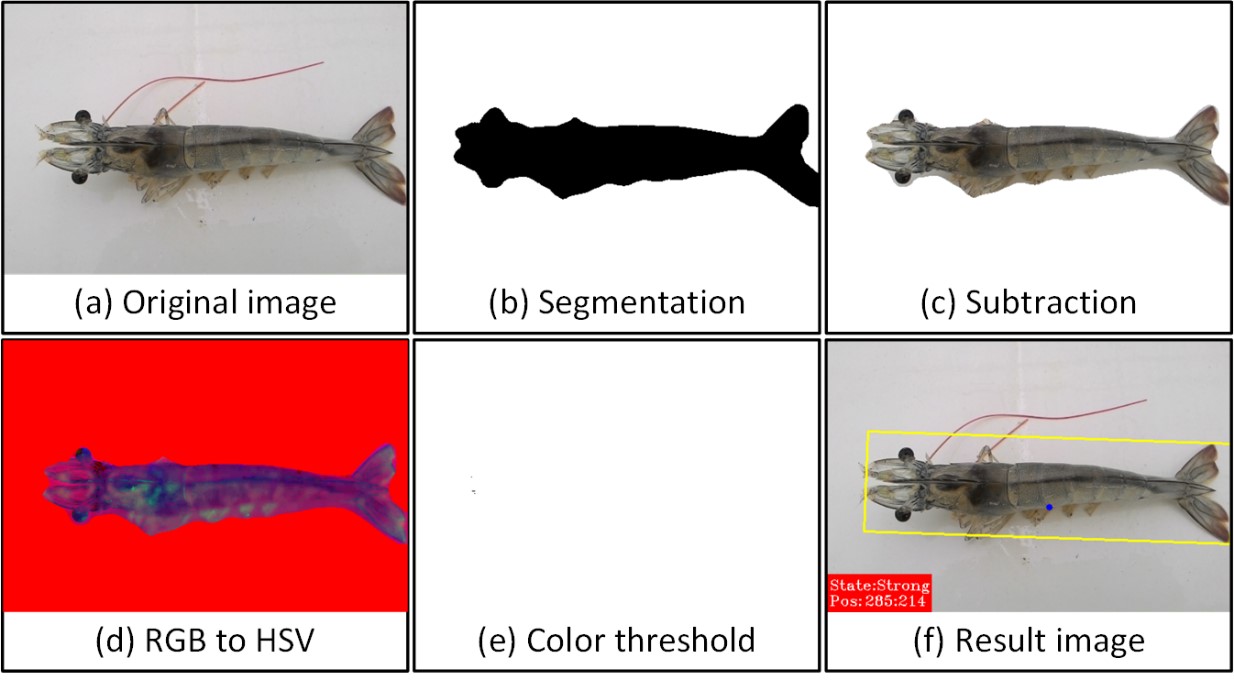