‘That’s One of Mine’

In televisual representations of William Shakespeare’s life which blend biographical fact with fictionalised fantasy, contemporary writers often utilise the trope of the playwright colliding with characters and scenes recognisable from plays which he has yet to create and, consequently, finding inspiration. Others construct a reciprocal loop of influence, whereby Shakespeare is shown to have written or been informed by works that did not exist during his lifetime and which his plays themselves instigated. It has become fashionable in the metamodern era to depict these forms of metaphorical cannibalism in a parodic manner which oscillates between sarcastic rejection of Bardolatry and sincere appreciation for Shakespeare’s ‘genius’. Gareth Roberts satirised the notion of Shakespeare’s originality in Doctor Who episode The Shakespeare Code (2007), through the depiction of the playwright being fed and consuming his own works and specific references. In 2016, the 400th anniversary year of Shakespeare’s death, a number of commemorative BBC programmes also exhibited cannibalistic features, including the reverent (The Hollow Crown), the irreverent (Cunk on Shakespeare), and those which combined both registers (Upstart Crow). I will explore how these writers construct their portrayals of Shakespeare and, by interlacing fact and fiction, what portrait of the playwright these cannibalistic representations produce. 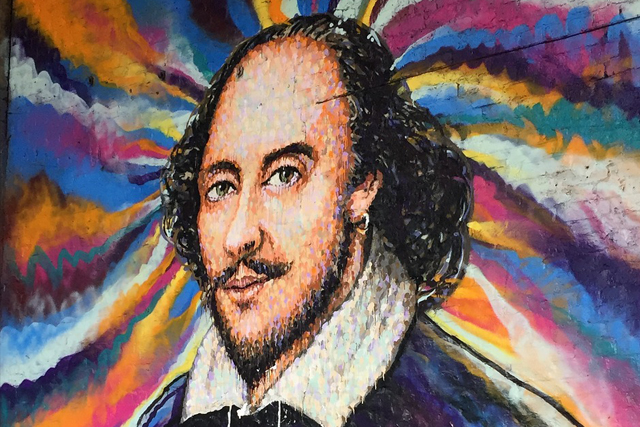